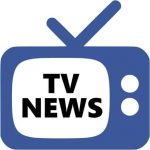 I recently posed a poll question on Linkedin. More than 5500 people read the poll and I got some interesting answers and information from the results and the comments.

Here was the question for broadcast and digital journalists: If you can’t have more money, what other “incentive” could the company give you to show you are valued. 14% of those who responded said concert or sports tickets, another 14% said they would like a personal phone call or direct compliment on their work, 29% said a food or gift card would make them feel valued and 44% said travel or lodging vouchers would show them management cares about them.

The raw results are interesting, but it is the comments by scores of working journalists and managers that might help us understand and fix what some are calling “The Great Resignation” in broadcast journalism. Clearly there is a problem when starting journalists in smaller cities are making less than minimum wage salaries to begin their careers. Clearly there is a problem when producers and even some middle managers must work second jobs, just to pay for their apartments.

Some broadcast groups are now controlled by venture capital organizations that are only interested in cutting budgets and flipping the companies. It’s the bottom-line that matters, not the long-term growth and innovation of the product or the people.
So, the question is, what can managers do to make their team members feel valued? They claim they can’t hand out raises, sometimes even when renewing contracts.

Here are some of the comments I received when I posed that question.

One small market producer said, “I love me some gift cards! I can always shop. Especially if I’m using those little plastic cards that don’t send me a bill every month.” Having a sense of humor is very important when you are struggling to pay rent, student loans and utilities.

An experienced news director responded, “I asked this question in one of my surveys and interestingly, less of a workload was just as important, if not more important, than the money.” The issue of stress and workload is a huge factor in this problem. It’s true, money will NOT solve “The Great Resignation” but many who responded also said it’s a good place to start.

Lifestyle issues, however, were a major theme from many of those who responded. One middle manager wrote, “…a lot of things people enjoyed as a fruit of such a labor-intensive industry were the perks that have now gone away in the post 2008 TV business. If the station did your pickup/drop off dry cleaning or provided actual healthy meals regularly instead of election night pizza, the time would be more valuable than money. But he also said, “and that’s ignoring the unbalanced amount spent on “your look”. It’s true, some jobs provide uniforms and other grooming perks but those journalists who are expected to be on TV or appear on social media must look good and the cost of that falls on their shoulders. The era of clothing allowances for broadcast journalists is mostly gone.

The survey shows that tangible rewards are always needed and appreciated, but sometimes it is the rewards for the heart that mean the most. A TV station creative services director said, “,..my employees ask me for either free tickets or an Amazon card. That’s not too hard. The biggest thing they want is to feel like they make a difference.”

A former TV newser answered the survey and added a comment I am sure many were thinking. Forget about the gift cards and the compliments, he said, and start paying people what they are worth. “Those broadcast companies are not telling the truth. They can afford to pay people what they are worth. They choose not to, then rationalize it when their ratings/clicks plunge. The suits are not nearly as smart as they think they are and until they are the ones suffering…they won’t figure out what’s killing journalism”
And this comment sums it up for those who say forget about the perks and show me the money. One person said, “I want to be paid what I’m worth for the years of experience and sacrifices I have made in the industry. Too many years of working 6-7 days/week, 12+hour days and missing holidays with family due to the demands of the media. Sorry, your perks don’t interest me. A respectable wage is not too much to ask when the big bosses are receiving crazy bonuses and pay.

Some of those who responded wanted the option to work from home or to work with no contract if they are not getting more money. They wanted flexibility in their schedules and few “life” interruptions. More personal time off was a big demand. Journalism is not like that. News cannot be scheduled around parties or PTA meetings. It’s that reality that adds to the pressure many broadcast journalists are feeling. Also, the universities are not preparing graduating students for the real world they are about to join.
One respondent said, “If they truly can’t pay more…this was concerning to me thinking about my future in an industry that was so strapped that it claims it actually cannot pay its employees more. So, figure out a new business model, or cut back on the output so that you CAN pay a smaller number of people to do less.”

I suggested a controversial idea in the comments section and didn’t get much input. Maybe no one likes it. How about, for instance, 10 paid PTO days a year with the option of buying more with a slight pay reduction or reduced vacation time? This plan would give the worker the option of planning their life and time off while partnering with the company for flexibility.

Here is the bottom line from the survey. The problem is real. Talented professional journalists are abandoning the newsrooms because they feel under-paid and unappreciated. There is no one way to fix it. Listening is the key. Managers need to listen to the “room” and react. If it’s more training and coaching to help the employees do their job and excel, invest in it. If it’s historically low pay that is infecting your newsroom, fight to change it with a real plan.

One former news director and agent responded to the survey with four words. This might be a way to get everyone reinvested in making broadcast journalism strong and viable again. He said, give me “stock in the company.” If you were a part owner, maybe you could help find a solution. 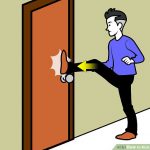 Have you ever had a snarky news director say, “if you don’t like it…leave! I have people knockin’ down the door to get in and take your job.” Well, not anymore.

In broadcast journalism right now, there are advertisements everywhere for open jobs. News directors need producers and reporters. They need MMJ’s and digital content managers. They need executive producers and assignment managers. Some are calling it the great exodus or the great resignation. People are quitting the low paying, time-demanding, high stress jobs and finding other things to do with their lives. It’s a real shame, but the people who run the newsrooms and their bosses are causing it.

The business of journalism is changing but many of the people who run the business are not. They are still running the newsrooms and stations the same way. The people working for them have been forced to change drastically and are shouldering the brunt of the burden. Now many are “knockin’ down the door” to get out!

So, I must tell you a story about a recent negotiation for a news manager position. The offer was made. The negotiator countered, asking for a little more. Not a lot, but enough to make the incoming manager happy and ready to go to work. The corporate manager said, “No”. It was an emphatic no. He told the agent and the general manager that there would be no consideration of more money and that if the candidate, (the one the company chose to lead their newsroom,) didn’t like it, they would pull the offer and move on. He said, “we have plenty of other candidates ready to take the job for that money.” It was a lie.

Now, think about that. This is a newsroom that needs a strong, forward-thinking leader to grow and mentor a typically young staff. It’s a newsroom, like all newsrooms, that needs energetic leadership. How will that happen if corporate leaders who do the hiring are always looking for the lowest common denominator? If the candidate decides to just take the smaller offer, do you think he/she will be motivated to go the extra mile to make the room successful? Sure, they will try but as soon as it gets rough, the words of the corporate boss will ring, “if you don’t like it, we will find someone else.” Also, as soon as the PR job in town paying $150,000 comes available, they are gone!

The real problem also is there IS no one else. People are not breaking down doors to work for less than they should to do more than they should with unreasonable expectations and no budget. Read that sentence again. That is the problem in a nutshell. Despite the erosion of the broadcast news audience and the abandonment of the older demographic (where the money is), corporate media types stuck their head farther in and up “you know where” and are refusing to listen to the middle managers or the professionals who make the tv stations and digital platforms work every day. They are the ones who know how to fix this.

So, how does this get fixed? I suggest there is one thing. It’s a simple thing. Eventually there will have to be money and resources invested to repair the damage, but first just “listen”. It seems corporate managers are refusing to listen to those who manage and work in the nation’s newsrooms. Listen to those people! They are on the front lines! If they say they need more money, find out if they are telling the truth. Don’t just dismiss them and pretend that your company is well and healthy and growing. Listen and act. It costs nothing to listen and analyze and ponder and consider. Right now, those who make those decisions are refusing to listen.

In the negotiating example I used in this article, the story ends with the company middle manager pleading with his corporate boss to give him just a little more to get the newsroom leader they want and need. Instead of listening, the middle manager got an angry and rude rebuttal along with an emphatic “no” with no explanation. That is not listening. It’s not leading. It’s not managing.

So, now instead of #thegreatresignation, let’s make this hashtag go viral in the broadcast and digital news world. #listenandletsgrowtogether