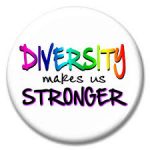 When I began my career as a journalist we were taught to keep our political views to ourselves. We were entitled to believe what we wanted and vote for the candidate of our choice, but we didn’t share that with anyone. We registered as independents because we wanted to avoid the appearance of bias. We didn’t put political bumper stickers on our cars. We worked in newsrooms that were apolitical because that was our job. There was no need to choose reporters or anchors or producers for their politics.

For decades we have fought for, begged for, demanded, and forced sexual and racial diversity in newsrooms in America. This kind of diversity made reporting better. It was “fair” when all sides were heard and represented. It made us smarter. Today, unfortunately we have strayed from the path of personal objectivity and it may be time to demand political diversity in our newsrooms. I have worked in newsrooms where the room was filled with people who openly discussed their liberal political views and argued against including opposing views in news stories. They dismissed those views and people as “being out of the mainstream” or “just plain nuts”. I have been told by consultants that we should “craft” our stories more for the liberal or conservative view based on audience research. I have also worked with reporters, producers and managers who were open about their conservative political views and they, too, brought their bias to the daily rundown of stories. Maybe, political diversity in hiring would help change that.

It is our fault people don’t believe our reporting. We have let the viewers and readers down. No one took credibility away from us, we abandoned it. This does not mean we have to make apologies for political liars and frauds. It is also wrong for national leaders to call the media the enemy. But, we need to tell the truth and there is truth on both sides of the political aisle. The American people see the media now as having an agenda. Too many reporters are letting a personal agenda slip into their work. We need to admit that. I was always told the appearance of bias is just as destructive as real bias. Look in the mirror. What do you see? Do you think others see you as fair? That is the most important question.

When you understand the history of broadcast journalism, you can understand how we got to this dangerous moment. When broadcast stations began hiring consultants and using research to grow audiences, we started down a road that led us to “shaping” the news to fit the viewers. We were told NOT to cover stories because the viewers didn’t care about it. We knew, as journalists, that the story was important, but we ignored it. When viewers found out they had been misled or left out they began to rebel. That one reason why it is so easy for many to believe we are the enemy.

It is easy to blame the person in the White house or corporate broadcast leaders for creating a climate where viewers are again condemning the messenger instead of the message. The blame and the solution are in our hands. Maintain the appearance of credibility. Demand the same from those you work with. Don’t pretend that what you say on social media on your personal pages doesn’t affect your credibility. The idea of political diversity is sarcasm. We don’t want to see a time when newsrooms are forced to hire 3 Republican reporters and 3 Democrat reporters based on a quota to insure the appearance of fairness. We don’t want to be asked how we voted in the last election before we are offered a job as a journalist. Be part of the solution and start now.

Too Tired to be Scared
Top
Don’t Ever Ask a Question!