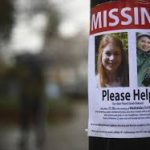 Most of us who have worked in newsrooms have received the phone call or the email. A mother or father sends a photo with a message, “my child has been missing for two days and I need help to find them”.

What do you do? You ask if they have notified the police. If the answer is no, you ask why? “She went off with her boyfriend after we had a fight and I thought she would be back, but she’s not” and then you roll your eyes and say to yourself, she’s a runaway.

When you hang up the phone or shut down the email, the question is do we run this as a news story? Do we show the photo of the missing girl the parents gave us? What if it’s just a runway or someone taking a long weekend with a boyfriend? The parents are probably over-reacting, right? It is justification to ignore the call or the email, until they find the young woman’s body in a dumpster. THEN, suddenly, it’s a story!

I think local news does this all wrong. I think it’s our job to do more. We need to fight the urge to dismiss these as “boyfriend/girlfriend” fights or arguments with parents. We need to treat them the way we treat Amber Alerts when the child is in danger because there is real danger. Here is my reasoning. If we put a girl’s picture on TV and she is a runaway and someone notices her at a gas station and calls police, there is no harm done. Police will decide if there is something wrong and if not, at least the parents will know their child is OK. Whether someone is a runway or was taken against their will they are still in possible danger, especially if they are under-age.

What better way for local news to serve the community than to alert viewers and get the community to help find them and find out if they are safe. We don’t necessarily need to do this on-the-air in a regular newscast (although it’s not a bad idea). News organizations can use their digital platforms to get the photos and info in the hands of people in the community quickly and efficiently.

I had a running debate with a news director about this concept. He felt that unless the police asked for our help, we should ignore young people who were missing or runaways. I disagreed and still do. There is no greater mission for a local news organization than to keep people safe. I would rather show the picture of a missing girl and find out she was just on a two-day, unauthorized trip with a friend, than to show the picture of a girl who was killed or injured or kidnapped and we ignored the calls for help.

I would love to hear what other journalists think about this and how they handle it.

Every Story is the Same….Really?
Top
The Elephant in the Newsroom