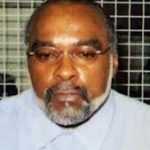 (I have been writing short stories about some of the stories I have covered, so far, in my career. Each one taught me something about journalism and life.)

The Sound of Despair
Top
My Friend the Murderer